by Andrew Nugged
All our pages and groups: Start navigational list 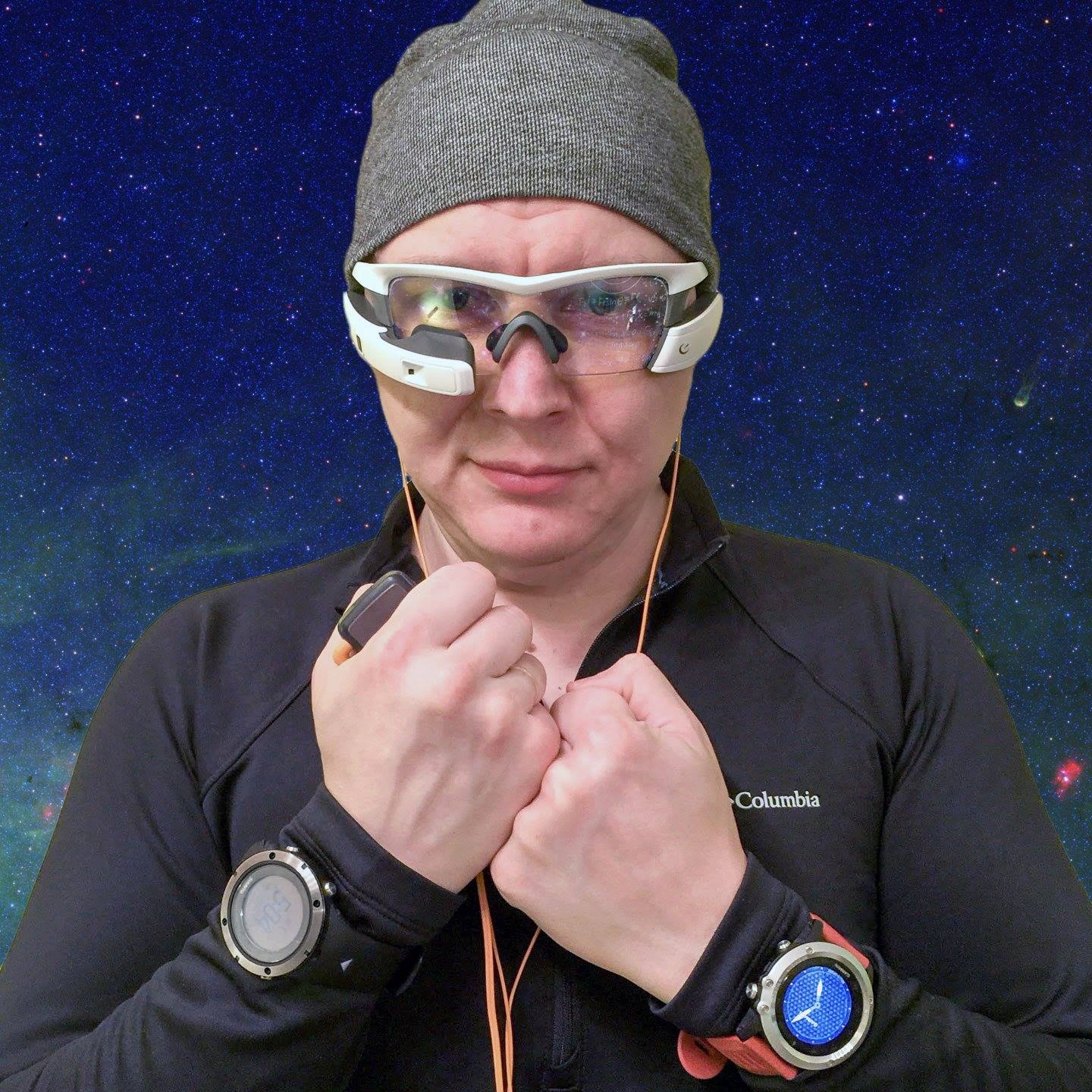 by Andrew Nugged
Declare talk topic: Rational way for us, IT-experts, to be more efficient, get additional inspiration and energy by improving intellect with help of modern gadgets, applications, through scientific approach and synergy of fitness, nutrition, recovery and self-consciousness philosophy.

Ha! I later adopted simple one-way hashing algorithm (those, MD5-predecessor times) for those apps, so my software checks own consistency, and glued to HDD serial / BIOS / vBIOS version / HW-data by token-key pair with own keygen!

FidoNet 2:/4624.0 Network Coordinator, from 1992 till 2000.
Backbone for echoes and file echoes with direct 24h connection to uplink at over 4000km awayv (Novosibirsk → Khmelnitsky → Kiev/Moscow)

Creator and leader of one of the largest Russian-language portal and community about PDAs (Pocket PC, Windows Mobile and Palm OS): ladoshki.com

I was with Perl since 1995, being passionated with another communities.

But once I visited their conference far later, once, I can't stop doing that and grow to taking active part in volunteering (YAPC::EU::2015) and even become co-organizer (YAPC::Russia::2014 conference).

Same time doing for food and gadgets some work in small web-projects as freelancer and then assisting for CTO of >200 employees IT-company as CIO/CSO (2013-2015).

Currently I lead some transitional communities on facebook about top level multisport and fitness wearables, most significant is Garmin Fenix 3 (11'350 likers) (and it's group 6700 members), Suunto Ambits (1'030' likers), (and it's group 440 members).

What left? Not less:

theory developed by Edward Sapir and Benjamin Lee Whorf that states that the structure of a language determines or greatly influences the modes of thought and behavior characteristic of the culture in which it is spoken.

More science about fitness (and new running gadgets, of course) multiplied my passion to run more also I thought to check some training techniques and own hypotheses, so I covered my first (long, 4:40) marathon in 5.5 months after "full zero", without any injures and overloading.

(for those who tried to achieve something in running my best half in 1h50m and 10k in 49m. Not over-pro, but well enough for running 100kg IT-body).

What that gave for me?

This "running with science" hobby brought big changes to my life.

I've got serious impact on my brain-related work efficiency, memory, cognition, started learning process on some things I postponed long time ago, as well as impression and quality of life significantly improved.

But also this talk is more than talk about fitness, food, rest and philosophy and not about past, but about future and possibilities we all have.

Talk to bring this seeds of growing motivation not only by personal example, but also with some science. Let's roll.

«we are», this talk audience:

«we are», this talk audience:

So, our main
viscus* is?

Knowledge workers: whose main capital is knowledge. Typical examples may include software engineers, physicians, pharmacists, architects, engineers, scientists, public accountants, lawyers, and academics, whose job is to "think for a living".

(or name it "intellect")

Microsoft, Google, Apple, Facebook and more, most IT-companies bustling into this future

Intellect development as doctrine. Why?

Imagine we are here, with our above average intellect, obtained mostly by genetics and coincidence, paying attention just to our work goals, but meanwhile someone scrutinize step-by-step some complex learning and developing his abilities deliberately, i.e. "overrunning us for intellect".

Such doctrine development I am now working on.

Endorphin: activate the body's opiate receptors, causing an analgesic effect.
Dopamine: serves as an important part of the "reward system" of the brain, it causes a feeling of pleasure (or satisfaction), and affects the processes of motivation and learning.

Cumbersome. Any help on this planet?

Why so much about running?

Such easy? Do not rush and be patient!

Yet running is "just put your shoes and run" complexity thing, though mistakes possible even in such simple process, they can bring injuries or just decrease positive impression of your achievement, so spend some time to become informed about frequent mistakes, as well as do some estimation and analysis of your physical state and abilities.

Start training (even long increasing in pace walks) 2 then 3 times a week, 40 min up to hour, main goal is time, not distance, but mark good workout when you take good sweat (and not because you will be overdressed).

Again: you better be equipped with HR monitoring gadget. HEART RATE is that first and main parameter, which will tell you that something wrong or how good you improve. Next comes Training Effect, VO2max and HRV.

And disclaimer: don't be lazy to visit doctor, if you think you unhealthy or had health problems, and do this BEFORE you start any activities.

Most newbies can't (or shouldn't) give such stress to get tangible levels of dopamine and other "drugs" :), so cheat yourself!

Color up your trainings to cover them with impression for first time, for not to create such unfair negative association between running and your efforts.

First time your body will rebel against such changes and will require to return back to its usual homeostasis. Come over this.

Load yourself with interesting sightseeing plan. 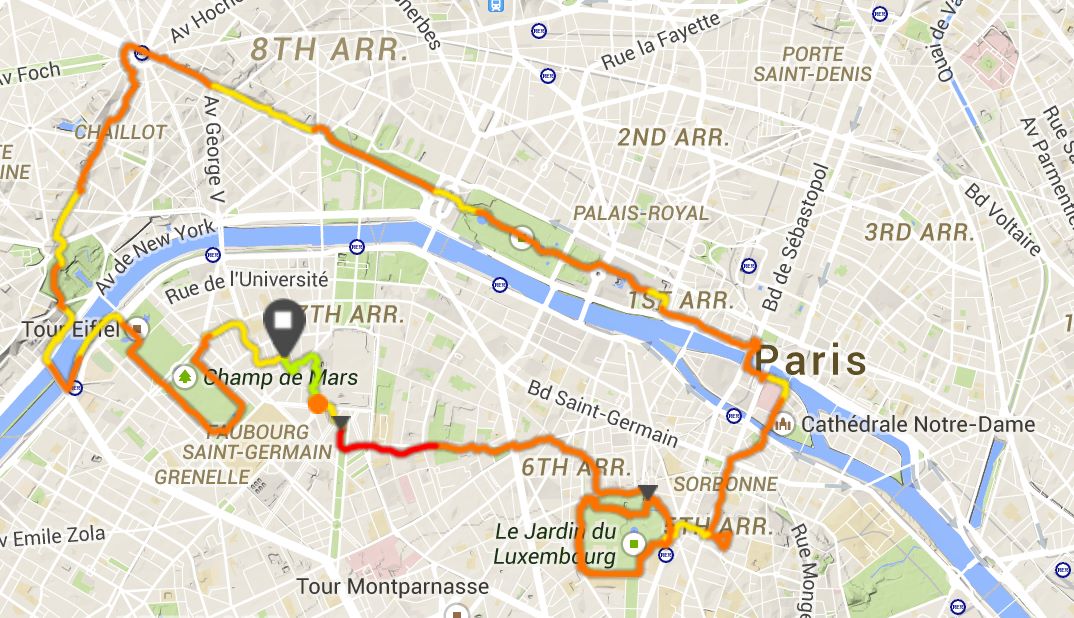 Do some experiments and measurements with gadgets and compare them: it lures, "I am scientist!"

Give your brain some load!

Training under mind load and more

(mine additional hypotheses and training methods)

:-) If becomes harder, some cheating also can help: